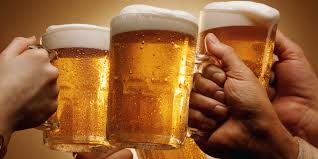 Posted at 11:50h in Staff by Tamara Williams

As you are all probably aware, Terry is retiring on 20th April 2018.

Terry joined PACE in 1996 as a Setter and soon progressed to Production Supervisor and more recently as Manufacturing Engineer.

Terry’s willingness to put extra time and effort has helped the company meet deadlines which has demonstrated a commitment to excellence that we have all come to depend on. His co-workers recognise Terry for his courtesy and amicability.

I am sure you will all extend your best wishes to Terry and wish him a well-deserved retirement and join him at a farewell celebration which will be held on Friday, 20th April at the White Hart in Braintree from around 1.30pm to…

Back to Staff home page

Any cookies that may not be particularly necessary for the website to function and is used specifically to collect user personal data via analytics, ads, other embedded contents are termed as non-necessary cookies. It is mandatory to procure user consent prior to running these cookies on your website.